The all-new Fujifilm X-series, the X-T2  have been released a few days ago. It is turning heads! People are raving about this compact mirrorless camera, which according to spec, stack well up to pro-DSLRs like the Canon 5D Mark III . We hope to get a review body from the nice guys at Fuji, within the next week.

The X-T2 brings with it the 24MP X-Trans CMOS III sensor with the X-Processor Pro engine, which apparently have a massive dynamic range. Initial claims are that you would be able to overexpose, and underexpose with up to 5 stops; then completely recover it in post processing. The sensor also boasts the 169 phase-detection AF Points from the X-Pro2, including another two columns of 13 AF points on each side for a total of 325 AF Points. 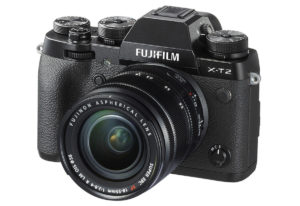 In case you are afraid of running out of power, you can acquire the VPB-XT2 Vertical Power Booster Grip for this camera, which will also bump up your continuous shooting from 8 FPS to 11 FPS. You can also be assured in knowing you won’t run out of space through using its Dual UHS-II SD Slots. This is a welcome addition for Pro shooters who would like to backup their images to a second card while shooting.

In regards to video, it is equipped with 4K UHD Video, a first for Fujifilm cameras, at a 100 Mbps! Internally it can record for 10 minutes which can be boosted up 30 minutes when used in conjunction with its battery grip.

To read more about this mirrorless from Fujifilm, check out the following links: