On the Nikon news front…

A new 4Ds is lurking on the horizon for professional shooters. Point and shooters can expect five new Coolpix cameras… 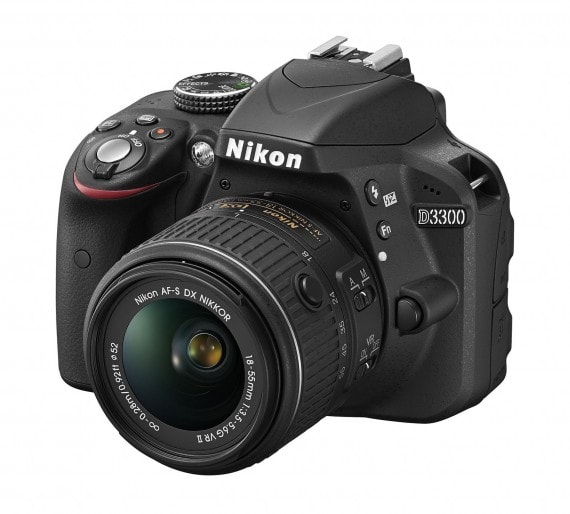 The utilisation of carbon fibre parts and the new lens, makes the D3300, 30% smaller and 25% lighter than the D3200. The new 18-55mm kit lens comes with Vibration Reduction as well.

The inclusion of an Expeed 4 Processor means improved image processing with up to 5 frames per second continuous shooting. The D3300’s key selling point, however, is its new 24.2-megapixel sensor. Even though it has the same resolution of its predecessor; the new sensor comes without a low-pass filter. This means clearer and sharper details. Normally, a low pass filter prevents moire – a type of colour noise – but Nikon says it won’t be a problem due to the high pixel density. Kudos to Nikon for that!

Another area of improvement is the higher ISO-range. The D3300 can go up to ISO 12,800, expandable to ISO  25,600, which in effect, doubles the capability of the D3200 coming to low light shooting.  At this point, I couldn’t find any reviews about actual noise handling, but I expect it to be pretty good for a DX format. Nikon’s been doing very well in this department lately.

Advantages over the D3200

Other features, similar to the D3200

Apart from the new advancements, listed above, the D3300 shares common ground with the D3200 in all the other areas:

Features I would have liked

Nikon decided not to add Wi-Fi, which is included in the more senior D5300. I am still confused why in this day and age, camera manufacturers still withhold Wi-Fi on any camera whatsoever. It is just silly! Again, Nikon’s entry-level DSLR, don’t get an internal auto-focus motor, which means it will only auto-focus with lenses that have built-in AF.  For serious portrait photographers, it still does not support high-speed flash sync.  No Auto Exposure Bracketing as well.

Historically, Nikon has been excluding these features in their lower end cameras and most casual photographers will never use it anyway. In case you want these features, then go for a more senior Nikon DSLR, like the D7100.

The D3300 will be available next month on the international scene. We don’t know when it will hit South African shores, but I doubt we will wait too long.

If you just starting out, and looking for an SLR camera, then this small budget DSLR camera won’t let you down; especially in the image quality department. After all, quality should be the most important aspect we’re looking for as photographers. If you already own a Nikon D3000 – D3200 this might not be the upgrade for you.

This is by no means a complete review of the D3300 and should serve mostly as a comparison between the D3300 and predecessors. I couldn’t find any detailed reviews about real-life performance as yet, but if you would like to get more detailed specs, check out the press release on DPReview Website, or Visit Nikon SA for price and availability.

About the Author: Danie Bester

Fine Art, Landscape, Architecture: The more abstract forms of photography like impressionism and minimalism intrigue me. I prefer creating images that depict energy, mood and silence. To illustrate my themes, I use mainly long exposures, selective focus and focus blur. My philosophy is that the camera is just a paintbrush and that thought-provoking images stem from a trained mind.