Just a few weeks after Nikon launched their new flagship, the Nikon D5, Can 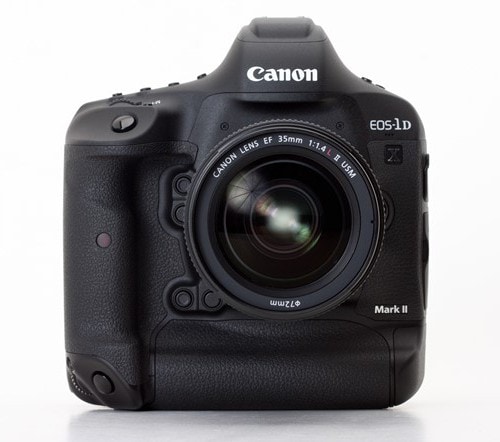 on has declared their new pro-flagship DSLR.  The new EOS-1D X Mark II is a replacement for the original 1D X and the EOS-1D C movie model. In certain aspects, the upgrade is marginal, but groundbreaking in other areas. Since it will take some time before we can get actual reviews on it, we can only report on some of the new features it offers over the original 1D X.

The Mark II comes with a modest pixel upgrade, which will be welcomed by professional photographers and now offers 20.2 Megapixels with a freshly announced 360K RGB +IR metering sensor. At the heart of the Mark II, is dual DIGIC 6+ processors for high-speed processing which will be much-needed given the new video and continuous shooting capabilities. Just in time for the Rio 2016 Olympics!

Its focus system borrows from the latest 5D S, but with some advancements; a 61-Point High-Density Reticulated AF system. Very importantly, it offers Dual Pixel CMOS AF technology, which is great news for video and movie-makers, enabling it to track movement in Live View. Moreover, it offers 4K Video resolution at 60fps! For still shooters, the focus point system covers 24% larger area than before.

It is also edging ahead of the previous model with slightly faster frames. It can now, do up to a whopping 16fps with the mirror up and focus locked and 14fps with full Auto Focus Tracking! It ships with a new battery which allows up to 1210 shots before needing to be recharged. It is also backwards compatible with the older 1D X battery although it would suffer a slight loss in frame rate, down to 12 fps from 16 fps. In order to write 4K Video and maintain such frame rates, the 1D X Mark II introduces a new card slot, the CompactFast Card. For backward compatibility, the second card slot supports Compact Flash.

The new Magnesium Alloy Body, which is obviously dust and weatherproof, shows only minor layout changes, which will be welcomed by current pro shooters. A welcome upgrade though is a new 3.2” anti-reflective touchscreen LCD Monitor.

The ISO range has been stepped up to a native ISO-51200 expandable up to ISO-409600! Unfortunately, no image tests are available yet and we, therefore, cannot report on actual image quality. We sincerely hope that Canon has stepped up the Dynamic Range to at least match Sony’s sensors. In all other aspects, it ticks all the right boxes for us!

The 1D X Mark II is currently up for pre-order at B&H for just under $6,000 and will be available in April 2016. We cannot report on when it will hit SA shores yet.

Check out these sites for more info: