Previously I reviewed the Fujifilm X-Pro1 with mixed feelings about the product. Its high price point gave me some serious expectations, but instead, I was left with serious reservations. A lot of these have since been addressed in the X-E1, and the result is a camera which makes a lot more sense to me. It is very encouraging to see the progress Fujifilm makes from one model to the next, they are shaping up to be a camera manufacturer well worth keeping an eye on. 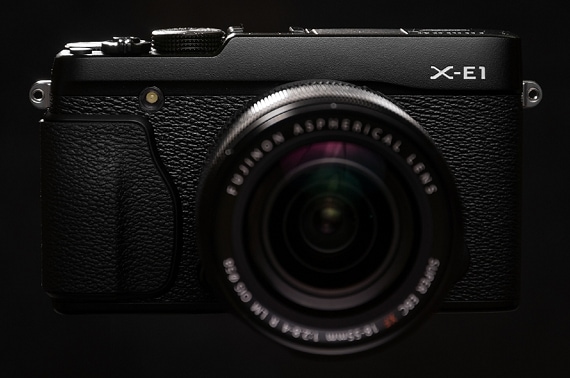 So, in summary, you have an X-Pro1 which is smaller, lighter, cheaper and comes with a pop-up flash so you need to carry fewer accessories especially as a zoom lens is now available. So for me, it is a massive improvement which addresses many of my concerns over the X-Pro1 as it contains all the advantages and none of the disadvantages. I maintain the best use of such a camera, is for street photography, as it is less obtrusive camera than a D-SLR. So to put this camera to the test, I took it to Melrose Arch. 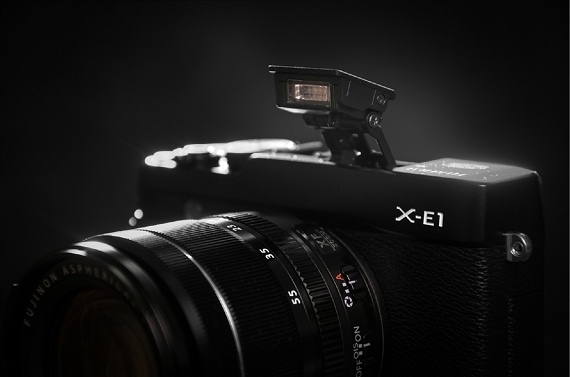 Melrose Arch is a camera phobic area, which I have previously found notoriously strict on the use of cameras. Every security guard treats you as a hostile threat if you dare get spotted with a D-SLR. So with the X-E1, I set out to see what I could get away with. The camera has a “silent mode” which I activated for additional stealth and subtlety. Well, it worked. I was able to move through the crowd and take pictures without a second glance. It was so effective I found myself a security guard so I could shoot standing next to him; he did not bat an eyelid. So I had the freedom to shoot in a traditionally restricted area without compromising the quality of my shots. 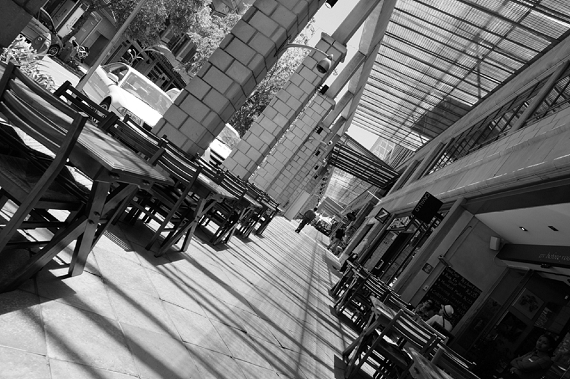 I shot at mid-day in the harshest light with the highest contrast to see how well the camera would handle those conditions, and I think it did an excellent job with dynamic range. I also set the camera to full auto see how well it was able to make decisions while dealing with the spontaneous nature of street photography. I even allowed the camera to make the black and white conversions. The camera handled these situations very well even though I was often shooting from the hip to avoid drawing attention to myself. 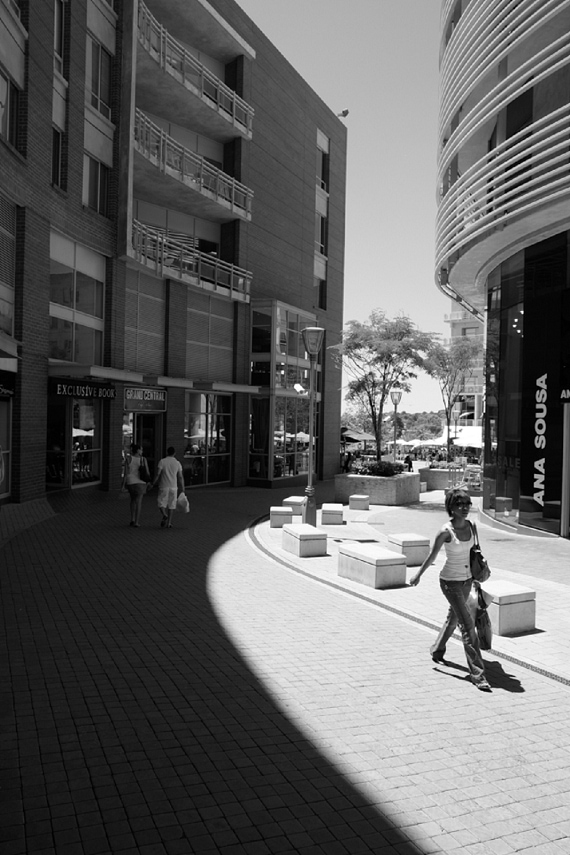 The lens performed really well and the autofocus problems of the past have been addressed and corrected. This makes the camera far more responsive with very crisp images. The only time you see a lack of sharpness creep in is when the camera chooses a slow shutter speed and you get camera shake. The little icon warning you that the shutter is slow and warns you about the need for steadiness in the next shot comes up too often. The camera is well known for its excellent ISO handling but it is reluctant to use high values and would choose to rather sacrifice shutter speed and therefore potentially sharpness. 18-55mm is a very basic range but I found it sufficient for the variety of shots I took on my walking shoot. 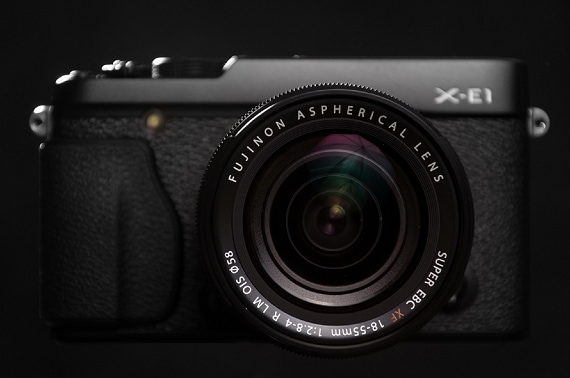 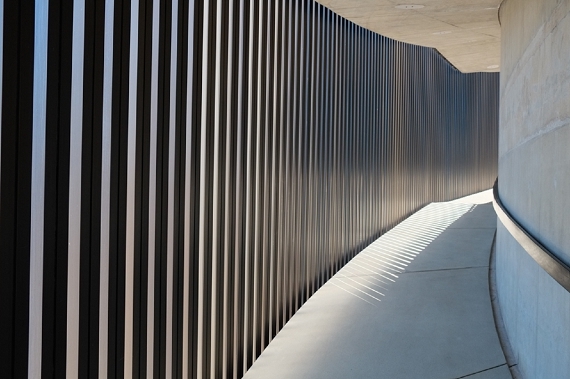 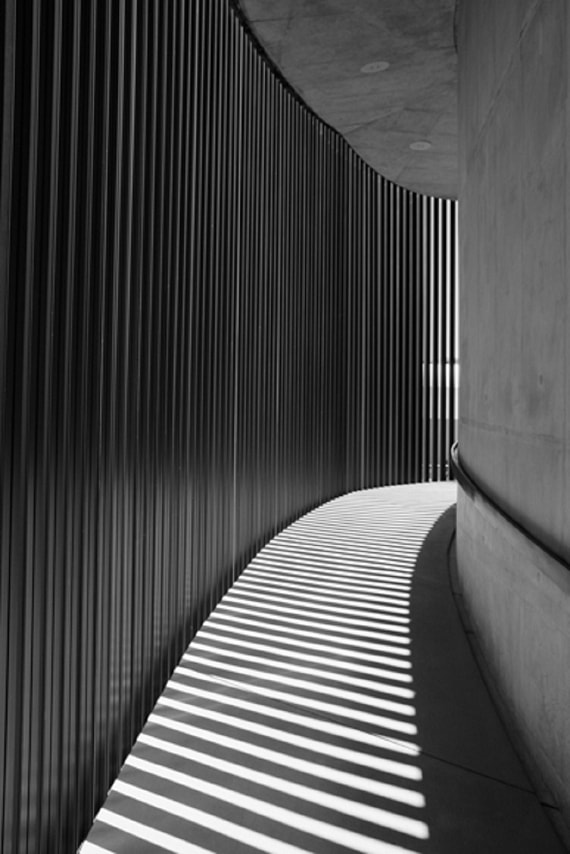 The button layout is identical to that of the X-Pro1. On the whole, it works quite well with the exception of the “macro function” button which gets accidentally activated all the time. The macro function only has any benefit when a macro lens is attached. There is a way to lock this but you would never know that without reading the manual as some of the operation and functions are not intuitive. I wanted to activate the film simulation bracketing which I found very easy to customise in the menu but found impossible to activate. I downloaded a copy of the manual on my iPhone before I could solve the problem after about 20 minutes. If you want to get the most out of this camera you will need to take the time to learn it and practice using it. 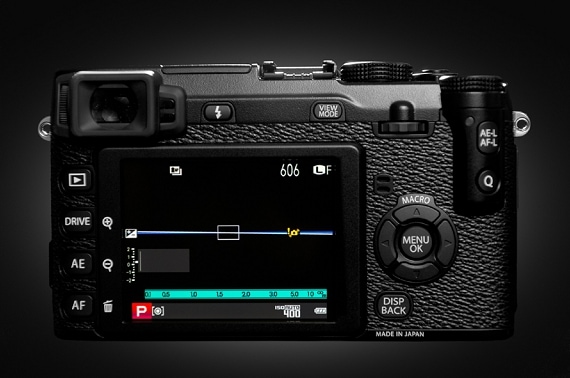 Having been impressed by the camera’s ability to handle the street photography genre, I took it with me to a wedding. I must say I struggled here, suddenly the camera does not feel responsive enough nor particularly versatile and the lenses range seems to dwindle. The main problem I experienced was the camera’s frame buffer feels very low. I had the film simulation bracketing on and this causes the camera to respond very slowly to the rapidly changing scenes before me. The other noticeable shortcoming was that the wedding lasted longer than the battery. A wedding is a fast changing environment with a variety of shooting situations which further highlighted the need to be very familiar with your camera and it’s handling before you can use it to its full potential. 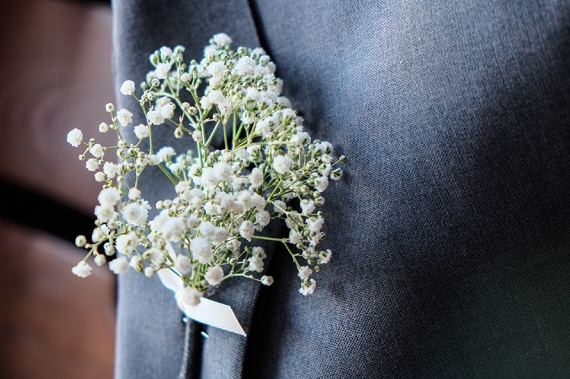 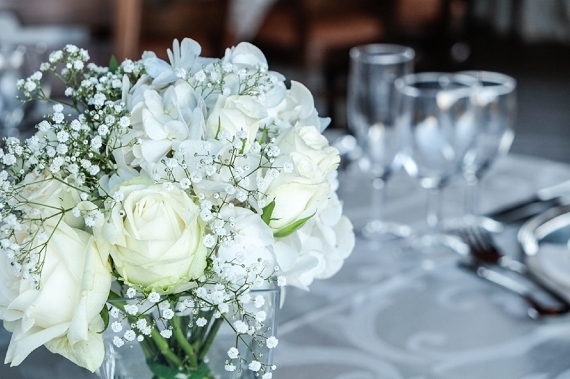 In conclusion, I find this to be a very good camera. It’s retro designed styling is really starting to grow on me. The more familiar I become with Fujifilm cameras the easier I find them to operate. It is easy to see the massive strides Fujifilm has taken from one model to the next showing that they are willing to take feedback constructively and grow from it. I like the way this camera switches from automatic to manual depending on the position of each switch. I like the size, weight and proportions of this camera. If you are looking to start taking photography as a hobby a little more seriously this is an excellent camera to learn on. 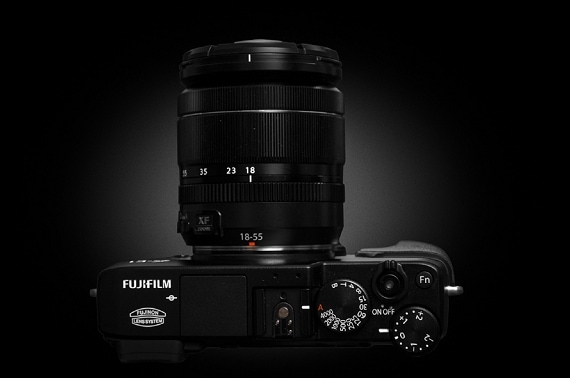 About the Author: Mia-Daniel Bester